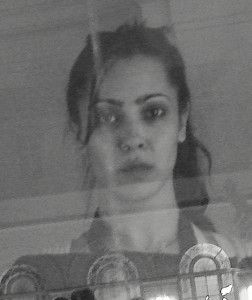 Legacies of the Gothic: Feminism and Terror in the Atlantic World
Impossible India: Introduction to South Asian Literature in English
The Orientalist Sublime and the Politics of Horror
Fanon: Anticolonialism and Revolution
Postcolonial Theory and the World Literature Debates (tutorial)

I am currently working on an academic book and a set of articles about terrorism and the epidemic imaginary in colonial letters and a poetry collection called Janaab-e Shikva (Watchqueen) after the Urdu poet Iqbal. I am also writing a number of pieces about the life sciences in the colonies, and an essay/garden project on the cruising, queer form, and the social and design history of the Central Park Ramble. I have published work on literature, science, popular music, fashion, art, and politics. You can find my writing in The Boston Review, Fence, The Bennington Review, Poetry, Syndicate Lit, Reality Beach, Discourse, The Los Angeles Review of Books, BookForum, Guernica, and more.

I currently chair the Dively Committee for Human Sexuality and Diversity and serve on the English department’s program committee. I was previously elected to and served on the College Steering Committee.

See our Covid-19 website for strict health and safety protocols for those who remain on campus. All Williams College buildings are closed to the public and visitors until further notice.