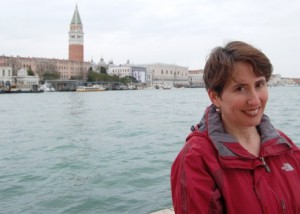 Sexuality in US Modernisms

Whitman and Dickinson in Context

I Promise to Serve: Girl Scouting and the Normative

This book, an experimental project that combines personal narrative, oral histories, imaginative and historiographic claims, analyzes the ways in which Girl Scouting in the twentieth-century United States provided both a site for the reproduction of normative ideologies of gender, sexuality, nation, class, race and Christianity, while also simultaneously allowing for a wide range of “deviant” communities, representations, identifications and desires.

This book will trace the development of Sedgwick’s intellectual, political and personal affiliations, the shifts in her work, as well as the importance of her scholarship and activism for the fields of, amongst others, English, Feminist Studies, and Queer Studies (the latter an interdisciplinary site of inquiry she is often credited with helping to found).  In addition, the book will consider how to represent Sedgwick’s relationships, obsessions, experiences, drawing upon the newly emerging field of “life writing” and Sedgwick’s own examples of experimental critical writing in order to explore innovative models for narrating a life.

“No Trespassing’: Girl Scout Camp and the Limits of the Counterpublic Sphere,” Women and Performance: A Journal of Feminist Theory 8.2 (1996):  185-203. Reprinted in Curiouser: On the Queerness of Children, eds. Steven Bruhm and Natasha Hurley, University of Minnesota Press, 2004.

Scenes of the Apple:  Food and the Female Body in Nineteenth- and Twentieth-Century Women’s Writing, eds. Tamar Heller and Patricia Moran, Gastronomica, 2005.