Study Abroad All Or Part Of Junior Year

Study Abroad is a popular option for English majors, not just in English-speaking countries but all over the world, from Europe to Africa to Asia.

Students can receive credit toward the major (with prior approval of the Department Chair) for courses taken in English-speaking countries like England, Scotland, Ireland, Australia, and New Zealand. Students with the requisite language competency can also receive credit (with prior approval of the Chair) for one elective for a literature course in the language of another country–for example, German Romantic Poetry in Germany, or the Nineteenth-Century French Novel in France. Some majors complete their major entirely at Williams but use the junior year abroad to pursue courses in a second major (Art History in Italy, perhaps, or Political Science in Denmark). Some majors use the junior year abroad to pursue entirely new subjects in totally unfamiliar cultures. 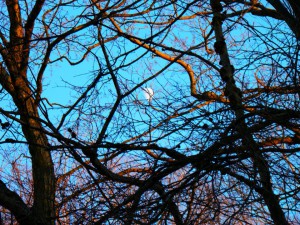 One particularly attractive destination for English majors who want to deepen their major is the Williams-Exeter Programme at Oxford, which accepts approximately 25 students each year on a competitive basis to study at Exeter College, Oxford.

But there are plenty of other options as well. The Dean’s Office helps students research, apply for, and enroll in a wide variety of both Study Abroad programs and offerings through other American colleges and universities. Williams exchanges students with Cal Tech, Dartmouth/Thayer School, Fisk, Howard, and Rensselaer. Students may register at Bennington College and Massachusetts College of Liberal Arts for courses not offered at Williams. The site on Study Away includes a List of Approved Programs and all the advice and information you could want.

Students who are double-majors or are simply interested in an interdisciplinary semester studying the ocean, may apply to study literature of the sea and spend a semester with the Williams-Mystic program, which qualifies toward the Maritime Studies concentration .

Williams offers several fellowships in support of student travel abroad during the summer following their junior year (i.e., rising seniors). The fellowships support travel outside the United States only, and projects must be fully designed and implemented by the students who propose them. Contact the Office of Fellowships for more information.